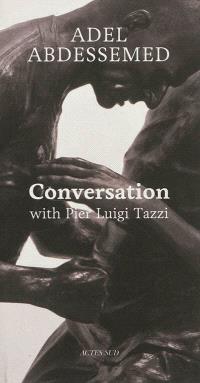 Présentation en anglais Adel Abdessemed was born in 1971 in Constantine, Algeria. Of Berber origin, Abdessemed spent his childhood in Batna before going to art school there and then in Algiers. After graduating from the École nationale des Beaux-Arts de Lyon in 1998, he quickly made a place for himself on the international art scene. Since his first solo exhibition in 2001, several others have been devoted to him in such prestigious institutions as the musée d'Art moderne et contemporain, Geneva ; P.S.1 Contemporary Art Center, Long Island City, New York ; San Francisco Art Institute ; MIT List Visual Arts Center, Cambridge, Massachusetts ; Le Magasin -Centre National d'Art Contemporain, Grenoble ; David Zwirner, New York ; Parasol unit foundation for contemporary art, London ; and Dvir Gallery, Tel Aviv. The artist's work is represented in major international collections, including those of the Centre Georges Pompidou, Paris ; The Israel Museum, Jerusalem ; musée d'Art moderne et contemporain, Geneva ; musée d'Art moderne de la Ville de Paris ; and the François Pinault Foundation, Venice. A major solo exhibition is held from October 2012 at the Centre Georges Pompidou in Paris. Pier Luigi Tazzi was born in Colonnata, Italy, in 1941. He lives in Capalle, near Florence, and in Korat, Thailand. He is a curator and art critic, and has been president of the non-profit organization Fondazione Lanfranco Baldi in Pelago, Italy, since 1998. He is also in charge of the project Spread in Prato and since 2011, professor of Contemporary Museology at the Academy of Fine Arts, Florence. As curator, he has participated in major events such as the Venice Biennale (1988) ; documenta IX, Kassel, Germany (1992) ; Wounds at the Moderna Museet, Stockholm (1997) ; Watou Poëziezomer, Watou, Belgium (2001) ; Arte All'Arte in Volterra, Colle di Val d'Elsa, Montalcino, Casole d'Elsa, San Gimignano, and Poggibonsi, Italy (2001) ; Happiness at the Mori Art Museum, Tokyo (2003) ; Rites de passage at the Schunk-Glaspaleis Museum of Contemporary Art, Heerlen, The Netherlands (2009) ; as well as at the Aichi Triennale 2010, Nagoya, Japan. The last exhibition in which he participated was Davide Rivalta / Terre promesse, Ravenna, Italy (2012). Adel Abdessemed is an acclaimed voice on the international contemporary art scene. His works strike the viewer by challenging morals and aesthetics, while offering insights into a poetic world. This conversation between the artist and the Italian art critic Pier Luigi Tazzi throws a new light on this dimension of his work. Abdessemed discusses his career, his life and works ; but what he has to say goes well beyond this framework and addresses the major questions of contemporary art. Combining lightness, seriousness, and passion, this text tackles many issues of artistic creation from an artist's unique perspective.