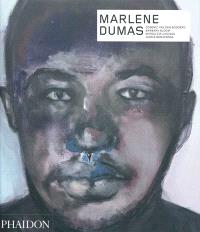 Présentation en anglais Marlene Dumas is celebrated around the world for her highly charged depictions of the human form. In her oil paintings, drawings and watercolours she captures the body in paintings, drawings and watercolours she captures the body in all its states, from pain to pleasure, eroticism to pathos, birth to death. These works often focus on the body as a contested site with regard to issues such as race, pornography and illegal immigration, but they also address such timeless themes as mortality, sexuality and childhood. Above all, they express a boundless faith in the power of painting to communicate complex psychological realities with eloquence and humour. Born in Cape Town, South Africa, in 1953, Dumas has lived in Amsterdam since 1976. Though her art developed during a period marked by Conceptualism and neo-Expressionism, it steered its own course between the two. Her paintings emotional charge and personal content serve as counterpoints to an almost clinical presentation of the figure - typically close-cropped and centered on an undefined ground - just as her energetic brushstrokes play off her dispassionate source imagery, ranging from newspaper clippings to Polaroids. Dumas has exhibited internationally since the late 1970s, and her work has been the subject of major solo exhibitions at museums such as the Tate Gallery in London (1996), the Centre Pompidou in Paris (2001) and the Museum of Modern Art in New York (2008). It has also been featured around the world in major group exhibitions such as Documenta (1982, 1992) and biennials in Sydney (1984, 2000), São Paulo (1985), Johannesburg (1995), Venice (1995, 2003, 2005) and Shanghai (2000). In the Survey Dutch art critic Dominic van den Boogerd examines Dumas's work in relation to a range of conceptual legacies in depictions of the human figure. For the Interview New York artist Barbara Bloom discusses with Dumas issues ranging from intellectual process to the representation of the self in art. Journalist and former Editor of Vogue Italia Mariuccia Casadio looks at the painting Josephine (1997) in the Focus, reflecting on the iconic legacy of its subject, Josephine Baker. For her Artist's choice Dumas has selected two authors : Oscar Wilde, whose story « The Fisherman and His Soul » inspired the artist's early series of works on the theme of mermaids ; and Jean Genet, whose autobiography Le Journal du Voleur (1949, trans. Thief's Journal, 1964) finds transgressive beauty in the criminal underworld. Marlene Dumas has often acted as a spokesperson for her work, and Artist's Writings features many seminal texts on her own art as well as meditations on love, religion, politics and a discussion of Goya's painting The Fates. Ilaria Bonacossa's Update provides a complete overview of Dumas's recent paintings and drawings, charting themes in each successive body of work from 1999 to the present.