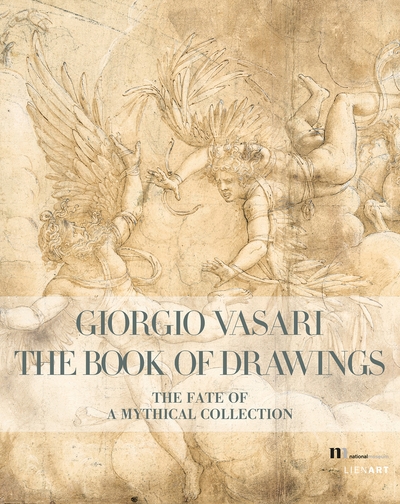 Giorgio Vasari : the book of drawings : the fate of a mythical collection

Giorgio Vasari
The Book of Drawings

The fate of a mythical collection

In Florence in 1568, Giorgio Vasari publishes the second version of the Lives of the Most Eminent Painters, Sculptors and Architects, a work destined to lay the foundations of the historiography of Italian Renaissance art. In it he continually cites a « Book of Drawings » - the graphic reflection of his literary Lives - in which he had assembled the most beautiful sheets of the masters who.se biographies and artworks he describes.

Vasari's Book disappears in the days following the death of its creator, only to become an object of fascination for collectors of the seventeenth and eighteenth centuries. The image which these connoisseurs formed of the great lost collection has until recently dominated historical studies. But the discovery, in 1950, on a sheet thought to have belonged to the Book, of an emblem which until that time had gone unnoticed, has today come to shatter this age-old tradition. Through this metamorphosis emerges the figure of an extraordinary collector : Niccolò di Sinibaldo Gaddi.